Welcome to The Lumbre Band

The Lumbre Band initially hailed from San Jose CA, but after performing several shows under the Latin Rock Inc. banner, it attracted many of San Francisco’s top Latin Rock musicians. Every note emanating from this CD was created at the historical landmarked Mayor of the Mission’s recording studio on the corner of 25th and York Street in the heart of San Francisco’s famed Mission District. This location is internationally recognized as a significant birthplace of Latin Rock’s sounds and origins. The Lumbre Band is led by singer, songwriter and guitarist Robert Banda, who has crafted his music into a fusion of rock, jazz, blues, and percussion rhythms the world has come to recognize, love and appreciate as distinctly unique to the Bay Area. Welcome your heart, mind, and soul to these fiery and colorful originals! 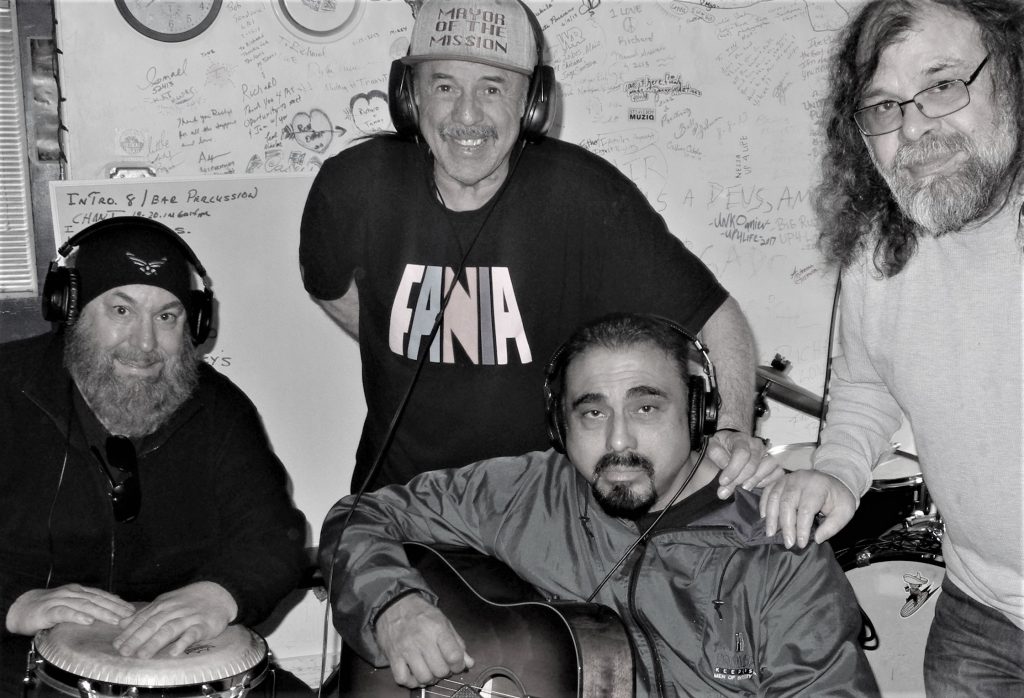 The Lumbre Band CD is dedicated to my wife Susie and daughter Daisy who never stopped believing in my music. Special thanks to our conguero and executive producer Gordon Schaaf who promised he would keep The Lumbre Band’s version of Latin Rock alive, and our producer Richard Segovia who secured the Bay Area talent needed to bring the music to life. Thanks to our recording engineer Francisco Mendoza whose efforts made for a great sounding CD. Appreciation extended to Richard and Tammy Segovia who opened their home and studio to The Lumbre Band project. To all of our musicians and collaborators involved in the production of this CD, I am especially grateful as this represents the manifestation of a life-long dream –
Robert Banda